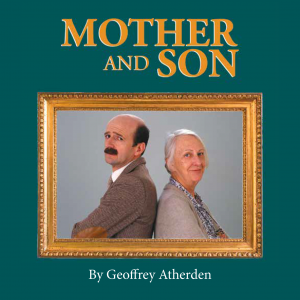 In 2018 Mother and Son was voted as the *best Australian television program ever.

The 42 episode series was produced over ten series for ABC Television broadcast to more than thirty countries, dubbed into French, German, Italian, Spanish and Mandarin and remade into fresh productions in another ten countries.

It centres on the relationship between Maggie (first played by Ruth Cracknell), who is becoming more than a little forgetful, and her middle aged son Arthur (Garry McDonald) who moves in with her when his father dies. He never leaves.

The series delighted audiences because it reflected real life situations and it maintained the dignity of Maggie, whose cunning saw her win in most episodes.

Below is one of the episodes.

In 2014 Geoffrey Atherden was commissioned to write a new stage play.

"The first thing I realised was how much the world has changed since I started writing Mother and Son. Back in the early 1980s there were no mobile phones, no internet, no Skype, no personal alarm systems, none of the bits of technology that we take for granted but which can be confusing for someone who is already confused. More attention has been given to the role of the carers and it’s now more possible for the person who does the caring to get a break through some sort of respite care. Thinking about all this led to the story in this play."   *(Poll by The New Daily.)

One actor used for voice only

Other voices for phone messages