Menopause Made Me Do It 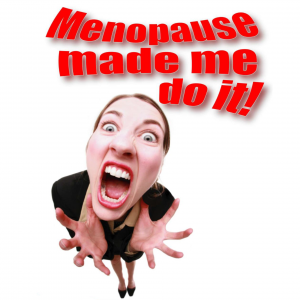 It has been ten years since the last reunion of the Crazy Ladies.  Menopause has arrived and the ladies are crazier than ever. The mission is to convince Kay, the gun totting tom-boy, to marry Shaun (the guy she once kidnapped and held accountable for the sins of all men). Hilarious... poignant... utterly mad.

While this is the second "Crazy Ladies" play, it can be performed with or without a prior production of the original "Crazy Ladies".

All characters are old school friends in their 50’s.

Pamela Browne: An obsessively ordered and organised woman who is constantly on the verge of a stress attack.

Dianne Bartlet: Not too smart. The mother of eight adult sons. A “blurter”.

Rachel Simpkin: Travel writer. Had a teenage pregnancy to Shaun.

Sandy: A Minister of the Church.

Shaun Phillips: Former high school rugby star. The years have not been good to him.