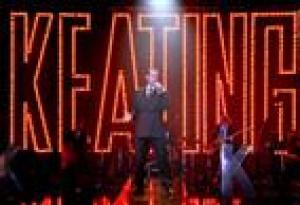 I am thrilled to announce the release to community theatre of the rights to another musical blockbuster KEATING! The musical your group has to have.

It sold out across Australia, won a Helpmann for Best Musical and won critical acclaim.

"This extremely clever and superbly funny production requires little knowledge of the time, but either a respect, or an ability to laugh at, the Placido Domingo of Australian politics." The Age.

"The Gilles Report meets rock concert with a little Rocky Horror thrown in for good measure, it is hyperactive, hilarious fun." The Independent.

Suitable for regular or dinner theatre. Email now for a perusal.