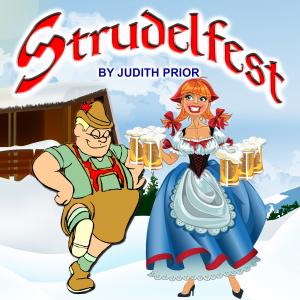 Set in , in a tourist resort.   Bavarian buffoonery as bikers invade a local festival.  Heidi the milkmaid and Schultz , the lovable gardener enter into the spirit of the festival with some slap dancing and a sausage stuffing competition, with the help of some audience volunteers.   The local council have appointed three lady judges to present the tourism awards, but Murphy’s Law prevails, the cook breaks a leg, the tour bus runs into the lake, and a band of Feral Bikies arrive on the scene to further aggravate the owner of the lodge,  Baroness Von Clapp.

AndroidMonitor cell phone tracking application allows you to to monitor and record all calls, text messages (SMS), track GPS location (even without GPS), spy on their Facebook, Viber, Skype, WhatsApp, have access to the entire contacts list and events calendar, monitor browser history and bookmarks and so much more! The AndroidMonitor application satisfies all needs for tracking, monitoring and protecting cellphonetrackapp.net Android cell phones.Ideal for Theatre Restaurant  or High School Production.

Blackwater Little Theatre Qld. ”Strudelfest” Was very well received. The audience and cast had a lot of fun putting it on. The sausage stuffing segment was a riot.

The play is set in the present and allows for topical references to be inserted where marked.   The set remains the same for the entire play and music may be added or omitted as required.  Schultz should have some sort of German accent and his sister Gretchin (could be played in drag) needs to be able to speak a comic form of pigeon German.

The usually uneventful summer season at the Alpine Ski Lodge in the is about to take on a new dimension.  The local council has employed three lady judges to present awards for a summer festival.  The staff are on their best behaviour to impress the judges, but Murphy’s law prevails.  The cook breaks a leg, the tour bus lands in the lake and two feral bikies arrive on the scene to further provoke the owner, Baroness Von Clapp.

The lovable gardener, Schultz, tries to save the day by inviting his sister, Gretchin, to help out with the cooking.  He neglects to warn everyone that she doesn't speak English.  The staff and judges all agree that Gretchins Strudel is out of this world, which could have something to do with the fact that the bikies have misplaced some angel dust.

The tour bus driver, Karl, Marlena Von Clapp, and the milk maid, Heidi, enter into the spirit of the festival with some slap dancing, complete with lederhosen and national dress.  Also a chicken stuffing and a whip cracking competition , with the help of volunteers from the audience, of course.

The hilarious conclusion to the play sees the bikies, the staff and the lady judges combine to effect a mutually satisfying solution to the usually slow summer season...Strudelfest!

2.  Sixteen Ton  or any song about working.

5.  She Taught Me How to Yodel or a farming song.

7.  Down by the Riverside,  or a song about a holiday

9.  The Happy Wanderer or a song about mountains.

N.B. All music listed is suggestions only as to the type of song suitable.  Music is of your own choosing and copyright permission and appropriate licences should be sought.

(Minor roles could be played by teachers in a school production.)