Jack and the Beanstalk "Believe in yourself" Primary School Musical 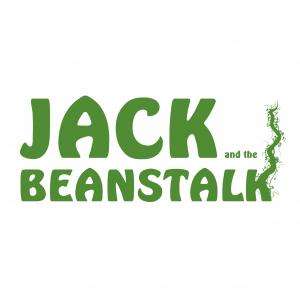 This new 2-Act Musical production is perfectly suited to primary school students with songs included for every grade and main cast performers. It features a range of song styles including modern, traditional English folk songs and even a Bollywood song and dance bridging a range of cultures and times. The kit includes mp3 audio backing tracks and sound effects, backing tracks with vocal guides and backing tracks with an instrumental melody guide.

There are two main themes which are promoted in this production.

The importance of having faith and believing in yourself to reach your goals.

We follow the adventures of young Jack Stephens, an English boy who lives in the village of Mousehole, Cornwall with his family in the mid- 19th century. The townsfolk are distressed and bewildered as to why it has rained continually for 2 whole months. The rain has caused the crops to die off and Jack is forced to go to the market to sell his pet calf to get cash to buy food.

There he meets an old man who offers him magic beans in lieu of payment for his calf. He explains to Jack that he acquired the magic beans when he was a young man in the navy when he sailed from England to Bombay, India. We are then told the story of how the beans were given to him by a ‘wizard’ who told him, when planted, the beans would grow into a beanstalk so high, it would reach above the clouds leading him to the hidden treasure of Shambala.

Jack makes the exchange and is filled with excitement at the thought of telling the news to his family. However, his mother is furious with Jack and throws the beans away. Overnight the beanstalk grows, extending all the way up to the land above the earth; Cloudland. Seeing the enormous height of the beanstalk, Jack decides to take a chance and believe in himself and proceeds to climb it. When he reaches the top, he meets the Weathermites who control the earth’s weather patterns.

Unfortunately, the unhappy Weathermites are also responsible for the continual rain in Mousehole. The weather patterns are only balanced when the Weathermites are happy and working harmoniously! Jack learns that they have been very unhappy because Gorgon the Giant has stolen their treasures and then gone and kidnapped 3 of their fellow Weathermites.

He realises that the Weathermites must unite together and work together to defeat Gorgon the Giant. Only then will they regain their treasures and their Weathermite friends and become happy again causing the Earth’s weather to become stable once more.

There are more 44 roles - both singing and spoken in the musical. For details read the sample script.

Just another day in old Bombay