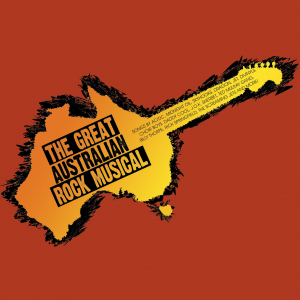 Troy and Darren Wilson, the most popular of all the shearers in town, get hitched at a bachelor and spinster ball during a game  of spin the bottle.

Kazza and Shazza become their brides. While drowning their sorrows at getting hitched Troy and Darren are informed that one of them is heir to a
multi-billion dollar sheep station called Tinbinbilla, but it is not known which one.

However all is cast into despair when it is revealed that one of the brothers was married in infancy to someone else and is now a bigamist.

Enter the Peed Family to claim their daughter's spouse and fortune. In a Gilbert and Sullivan style conundrum, the characters have plenty of explaining to do with lots of Aussie  style humour along the way.

"Our show did go well.  Everyone enjoyed it immensely and the cast had a fantastic time. Everyone loved the Aussie rock songs, and I found the show particularly straightforward for staging at our chosen venue.  I also liked the fact that the script allowed for different individuals to shine rather than being reliant solely on one or two characters. " Deirdre Pike Oberon High School.